“You’re Too Sensitive”: Dealing with Criticism

Dealing with criticism is difficult and often painful for most of us. We wish that criticism didn’t affect us. We feel that we should not take it seriously. Often we try to remind ourselves that what people say is more about them than it is about us. And yet it bothers us … let’s explore why this is.

The Antidote to ‘You’re Too Sensitive’

Well, if so then there is a reason for it. We were not born with a hypersensitivity to words. We developed sensitivities because of how we were treated and spoken to as children. If we grow up in harsh, critical and judgemental environments, we become more attuned to any perceived criticism, teasing or mocking. Childhood pain gets reawakened through conditioned thinking patterns and we react to words spoken today like they hurt us in the past.

Our caregivers were the ones we relied on for helping us connect with our healthy sense of worth and a stable sense of self. We needed nurturing, encouragement, love and support. We needed kind words and validation. We also needed boundaries. But we certainly never needed harshness. Criticism doesn’t teach. It hurts.

“Harshness has no redeeming value of any kind.  There is nothing that harshness accomplishes that loving firmness doesn’t accomplish better.” Terry Real

Everything. Some people wrongly believe that criticism helps others or themselves to improve. That is a misunderstanding. Criticism has no real value and diminishes trust within relationships. Criticism is usually seen as the primary cause for increased dissatisfaction and the eventual breakdown of relationships (John Gottman’s famous ‘Four Horsemen of the Apocalypse’).

When criticising we tell someone else that they are not good enough. Relationships thrive within an environment of acceptance and growth. Criticism limits, devalues and forces us into a state of submission. Resentment grows while nothing improves. Criticism is seen as a characteristic of emotional abuse.

Telling someone they’re too sensitive within a relationship can also be regarded as emotionally abusive. Instead of insulting, labelling and shaming someone for the way they feel, we can choose words of validation and reassurance:

“It sounds to me like you’ve taken what I said to heart. I really did not mean to hurt your feelings.” (J. Laughlin)

Why do people criticise?

Usually criticism is an ego defense. People with high levels of shame tend to be highly critical. They perceive someone else’s behaviour or attitude to devalue them and so they jump in first. Attack as the first act of defense.

Criticism is usually directed at an area that a person has shamed or alienated within themselves. So when someone criticises us for being too sensitive, guess what? They are telling you that they are too sensitive without really being fully aware of it. The power of projection.

What can we do instead?

Most of us want to be kind. Most of us want to support others and enhance someone else’s life. If we feel that we are drawn to being critical, we can learn to give feedback instead. We can also remind ourselves that there is never just one right way and that our way is not necessarily right for someone else. We can remind ourselves that we all live in separate realities and that we all have different competencies.

To help ourselves act based on our values and our true nature, we can learn to provide positive feedback instead of unhelpful criticism. When you notice yourself on the verge of expressing harsh words, pause and choose a more helpful approach.

Constructive feedback gives others an opportunity to evaluate whether there is an area they would want to work on. The best constructive feedback one can give to support someone else is to start the sentence with a point of appreciation (‘I appreciate how you responded to me and I would also like it if you could tell me sooner when something upsets you.’)

Here are some examples of criticism versus feedback:

Whereas feedback focuses on improvements, criticism highlights what is wrong.

‘Let’s tidy up together!’ vs. ‘Why are you always so messy and lazy?’

Feedback is about someone’s behaviour whereas criticism implies personality flaws.

‘Can we please put the clothes in the laundry basket?’ vs. ‘You are rude and inconsiderate!’

‘You’ve got a lot on. How can I support you in your work?’ vs. ‘You’re clearly not competent and smart enough.’

‘We can get through this together. Where shall we start?’ vs. ‘It’s your fault we have this problem!’

‘I respect your opinion and I will stick to mine.’ vs. ‘I know what’s best. I’m way more intelligent.’

Notice how you talk and see if giving feedback will achieve better results and lead to more connection than giving criticism.

As children we will do anything to maintain our attachment to our caregivers so when they use harsh words against us we internalise them. We take the blame as children, because we will do anything to protect our caregivers. Anything to protect our attachment – for evolutionary purposes of survival. With every kind word, we grow our self-worth. But with every harsh or critical word, we get the message that we are bad.

Most critical people are, or at least were, also highly self-critical. To check whether you are self-critical, notice what you say or think to yourself when you make a mistake. When we are self-critical we talk badly about ourselves. Our inner critic is in charge and our mind is bullying us. Because it’s often incessant, we tend to struggle with our mental health and suffer from anxiety, depression or anger amongst others.

To cultivate self-compassion imagine what you would say to a dear friend or someone you loved when things got tough for them, when they made a mistake, when they felt bad about themselves or when their feelings were hurt. Learn to treat yourself the same way.

So next time we make a mistake, instead of telling ourselves what a careless idiot we are, we notice the disappointment and frustration and tell ourselves that it’s human to make mistakes, that we learn from making mistakes and that we will do better next time. No biggie, right?

Quick Tips for Dealing with Criticism 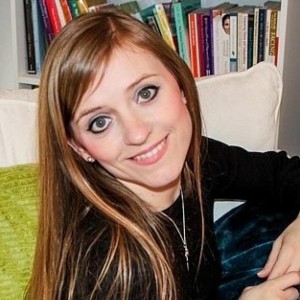 Marlena is a progressive psychotherapist and relationship coach and passionate about helping people connect with their innate wellbeing.

How to Destroy Your Sex Life ...

The Foundation for a Loving ...

This site uses Akismet to reduce spam. Learn how your comment data is processed.

Marlena Tillhon is a UK psychotherapist and passionate about helping people reconnect with their innate wellbeing. She is also the co-founder and co-owner of Clarity Counselling providing high-quality and progressive psychotherapy in Staffordshire, Nottingham and Manchester.

Learn to Love with Clarity